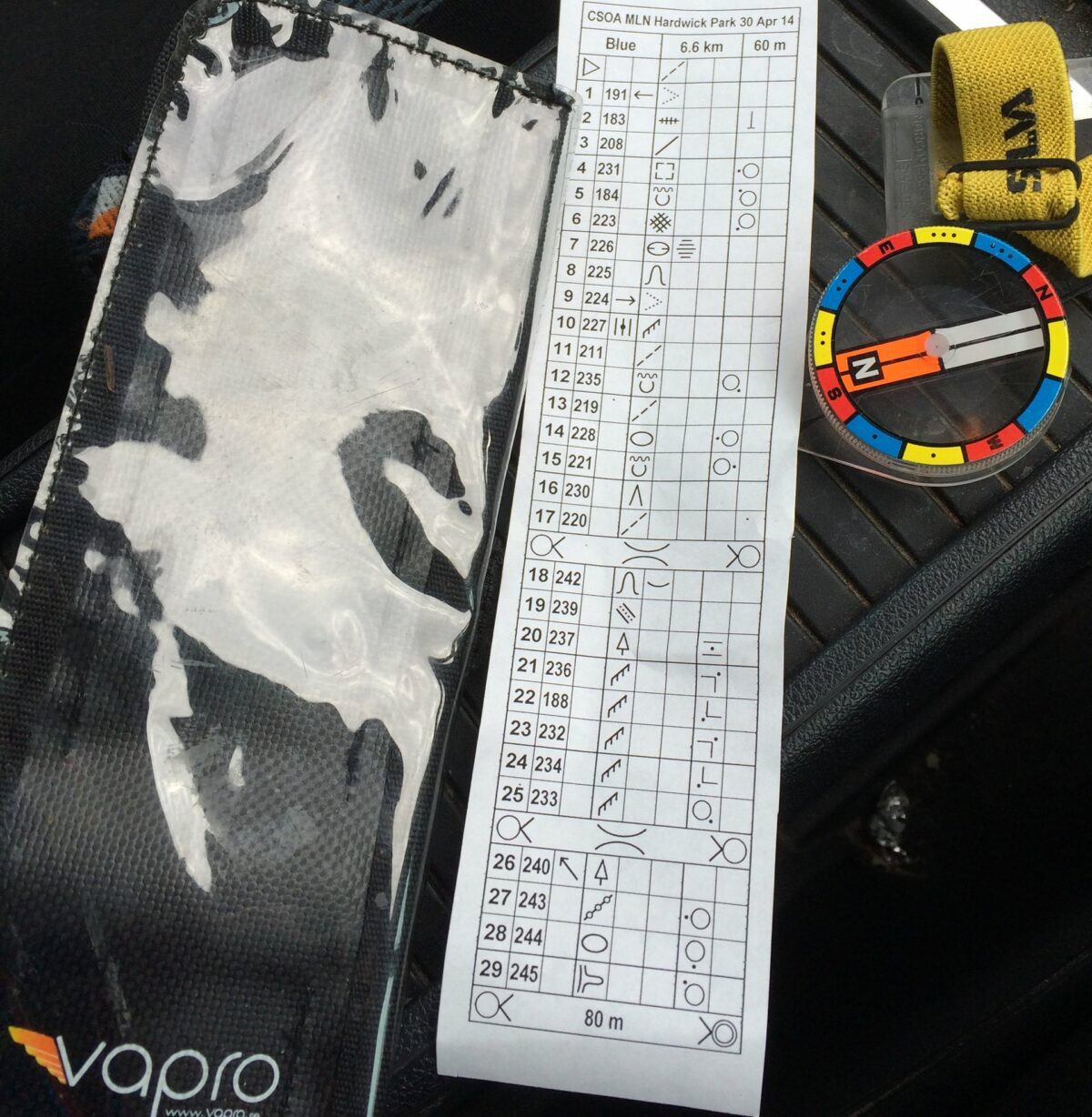 Some time ago, after an orienteering event, Colin and I were comparing notes and he remarked that his navigation had been fine, so the only way he could have improved was by running faster. That, in a nutshell, is what makes orienteering such a complex interesting beast. If you’re a fast runner and a good navigator, that’s the ideal combination.

Today I joined the army, as I often do, for the Military League North. These are great training events and well worth bunking off work for. I’ve orienteered at Hardwick Hall before and it’s a good location, split between woodland, paths, then an unexpected dash through the tunnel onto the open pasture. I’ve also parkrunned and muddy mayhemmed here so have seen it from many angles, pipes, fires and swamps. Today I was orienteering. I set off from the unmanned Start and looked at the map. 29 controls. That’s quite a lot of controls. After finding the first three controls with ease I realised that the navigation was not going to be difficult, it was the running at high speed between controls that was going to be the test.

Some courses favour the navigator, and some the runner, and most are somewhere in between. Today was a runner’s course. I put the foot to the metal and hammered it from control to control, experiencing frequent flashbacks as I recognised various abandoned obstacles from the Muddy Mayhem. My navigation was pretty good until the final control, which happened to be where it was meant to be, rather than where I wanted it to be, and a bit of time lost there, not much, perhaps 30 to 60 seconds, and then finished.

I took my printout and glanced at it without any real interest, expecting the usual “You are currently last out of everyone who’s run today so far”. But hang on, what the deuce! “You are # 4 of 9 so far”. This was a nice surprise! Later when the official results were posted on the website I noticed that my mistake on the final control had lost me a place, possibly two. Yup, the splits show that I lost 45 seconds to the person in front of me, on that one control. I love the fragility of the gains and losses from control to control. But I’m not worried. I’ve finally got a mid-field position in an orienteering competition, and there’s my name respectably positioned amongst all the Captains, Majors, Corporals and Sergeants. It’s quite a nice feeling.

There’s no such thing as a ‘typical’ orienteering course, but this one definitely suited the runner. Good surfaces and straightforward navigation. It’s worth keeping an eye on the MLN website for upcoming events as they are always interesting (and cheap) and, quite importantly, open to civilians. It’s certainly more interesting and a lot more fun than going into the office.