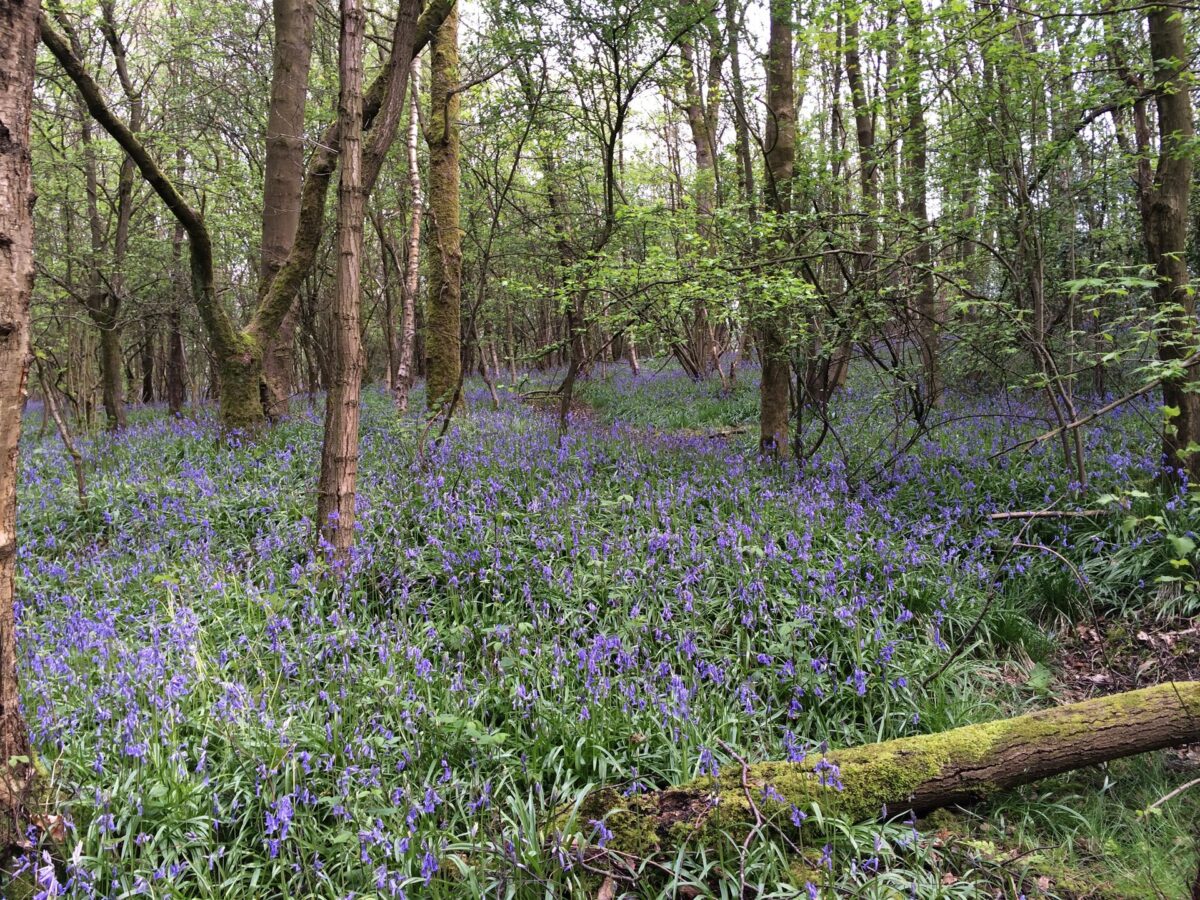 We looked with interest at the methane pipes protruding from the ground and snaking along the grass amongst the sheep. Apparently we were not to touch them. Fine by me. This was reclaimed land; a wood planted on top of an old dump; something that always fascinated me when I studied arboriculture. Take some bad land, chuck some top-soil on top, plant some trees, and voila – nature reserve. Except that underneath all the greenery the old waste is still farting gently and rumbling ominously. Lancashire Council now burn it to generate electricity.

Roberta started her Orange course at the same time I started my Brown. We squeezed through a metal gate into the wood as if we were passing through some Narnian archway and then went our separate ways. My course was pretty interesting, especially at the fourth control where a congregation of orienteers were noting how interesting it was that the control they were looking for didn’t actually seem to be there. Once we’d all agreed that we were all in the right place, and it was reality that was actually on the blink, we carried on.

All courses had to cross the river, some more than others. Trouble was, the bridges didn’t match the crossing points, so a marshall was on hand with a big stick and a ladder just in case you needed help. Having forded many a river in many a fell race I wasn’t worried but it was a nice touch all the same. I hadn’t got off to a great start so I was contenting myself with running steadily round and taking the time to think about my navigation rather than just hurtling in all the wrong directions. It was turning out to be a really interesting trip out and I crunched through the bluebells and beercans and talked to sunbathing cats as I meandered my way round the course.

It was on the last few controls that I had one of my sadly rare cunning plans. Control 26 was on my side of the river, but it was in a bunch of rocks close to the water. These sort of controls can be notoriously difficult to spot. And there was no path this side. Perhaps if I crossed the river to the path on the other side, but no, that would only lead to trouble and feet wetting. But cross I did and ran effortlessly along the good path noting that I was gaining on a couple or runners who had passed me earlier but were now making slow progess on the pathless side. When I spotted the boulder field and instantly saw the control as it was obvious from my side of the river, I really felt as if I’d arrived in smugsville. Back across the river and now only a few seconds behind runners who had previously been minutes ahead. I wish I had more moments like this.

After the remote majesty of yesterday’s Hallin Fell today’s venue was in complete contrast. Grimy and urban but not without its own beauty and still a great place to run.