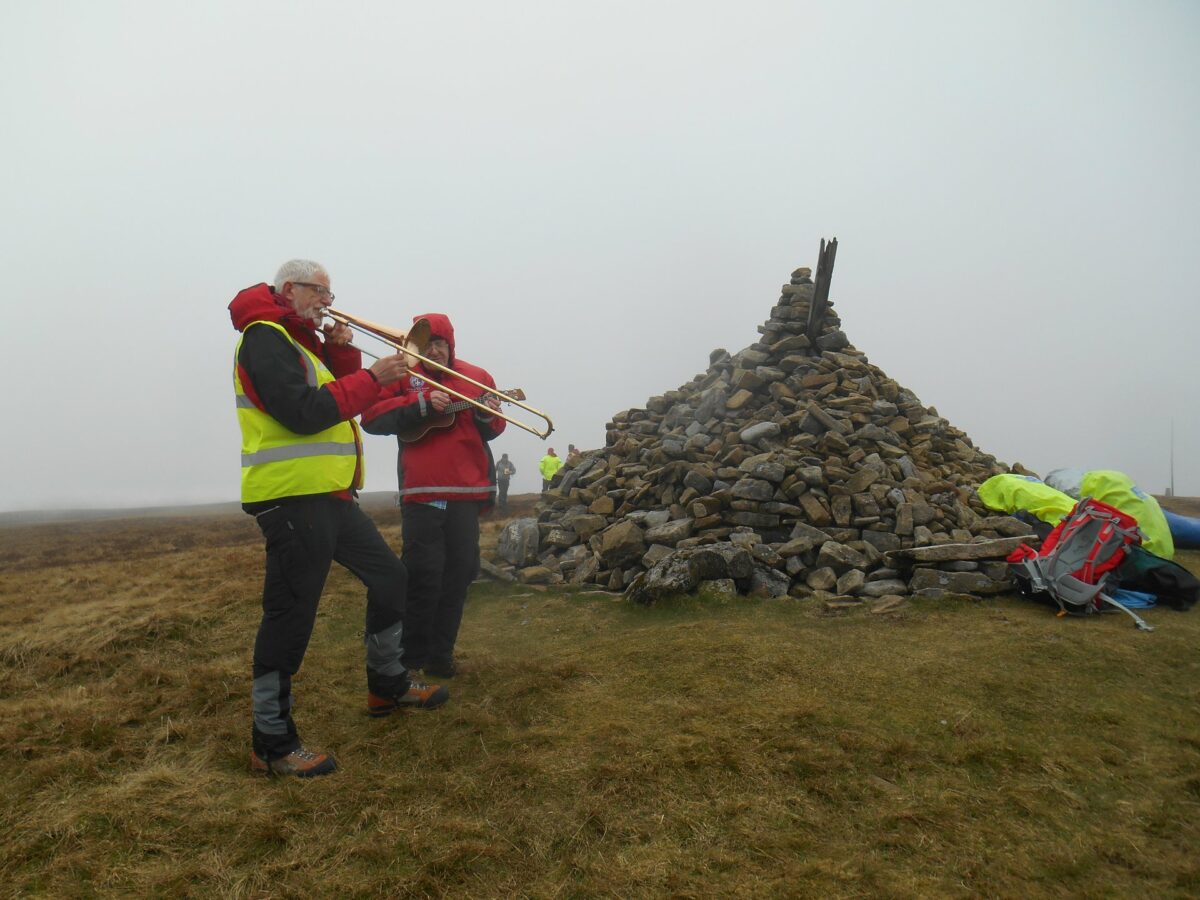 So there I was, on the start line, chatting to my boss about email problems we were having at work, as you do, when I noticed the starting gadgie was talking. Probably saying important stuff that I should be listening to. I looked around and saw David Catterick a few yards away who, like me, was about to embark on his first Allendale Challenge. Old-hands Geoff and Susan had disappeared in the sizeable field of runners for this 25th anniversary of the event, but Florance Nisbet was expected.

It’s been a long time since I’ve done any race of this distance and I’m not remotely race-fit so I set of nice and steady. As way of preparation my literature search had indicated that mud and peat were key features of the adventure ahead.

Specific route information was sketchy but everything you need to know is on Shaun’s map from 2012. Forget any other maps you see – this is the one you need. The definitive guide. It is accurate in all the crucial details, except the dragons were not to be seen on Killhope Law this year. That may have been because the mist was down, or, more likely, they were scared away by the man with the trombone and the marshall with the spiky hat.

After several hours of sucky squashiness it was a blessed relief to be descending from Killhope Law and running again. I was overtaken by a runner who struck up a conversation and it turned out he worked and was living in Dundee, but didn’t know Colin Blackburn, or my brother, and was a graduate from Napier College in Edinburgh, just like me. We were just marvelling at the small-worldness of it all when I heard someone shouting my name from behind and I swirled round to see my workmate Emma and her walking partner Michael. This was a fantastic opportunity to walk for a bit and blame it on someone else. Later I could put it down as a magnanimous supporting gesture on my part but in truth it was great to take the foot of the gas, chill out, and simply enjoy the view.

We drank and walked and chatted for a while, but here’s a top tip. You won’t find this simple weird tip on any other running websites. Here it is: when you take a drink from your drink bottle, always remember to open your gob first. Or you will, as I discovered, smash your drinks bottle into your front teeth, with hilarious results.

My walking buddies didn’t seem to find this quite as fascinating or traumatic as I did, but we were all in pretty broad agreement that it was a decent sized chip. I’m not sure what other walkers thought of my impromptu gurning as I sought confirmation of my fears, or indeed, what my dentist is going to think of my explanation.

Soup came at the next checkpoint, and then I started getting chilly, so bade farewell to Michael and Emma and started running again. I’d hoped it would be easier on the last few miles as the surfaces improved and the weather brightened. But I was pretty spent by now and just concentrated on staring at the few yards of the ground in front of me and forced myself to jog steadily as much as possible. Into the Finish and, initially mistaken for a walker, they added two hours onto my already sluggish time, but then noticing the horrified expression on my face, they noted, “oh, you’re a runner?”. I looked down at my fetching mud-splatted Lycra shorts and Sportivas and thought, Do I look like a walker? (sorry if that sounds ‘walkerist’).

I hung around for a cup of tea and collected my beer and t-shirt. One of the classiest race t-shirts I’ve received – black, like the grouse, and just the name of the race and the year. No fuss. No adverts. Like it.