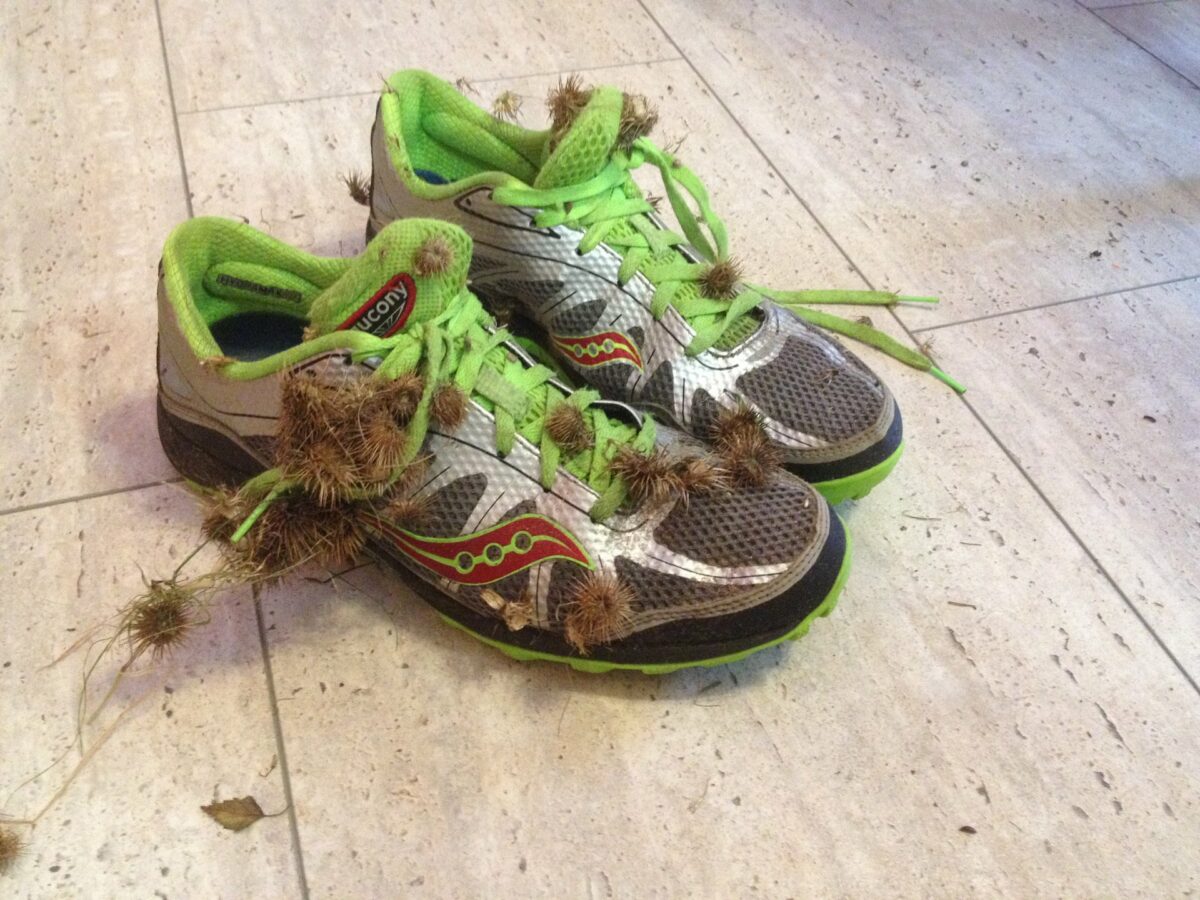 I’ve not written of my orienteering adventures of late. You’d be forgiven for thinking that for someone who orienteers as much as I do that I spend all my spare time polishing my trophies and admiring my medals. But I seem to have had ever such a run of bad luck. It seems to have started about the time I got back into orienteering a few years ago and unfortunately has continued right up to and including the October Odyssey.

When the satnav chucked me off the A1 early because of a road closure I found myself looking out the window at a lot of muddy runners being jettisoned out of Newcastle Racecourse, which I realised later was the Stampede in full flow. Some time later I’d arrived at Druridge Bay, found the Start, and was being asked if I had a whistle. Indeed I had a whistle, and a compass, and stuff. And then I started.

I’m an old hand. I know the temptation to sprint away with a determined and knowledgeable expression on one’s face is always a mistake, and consulting the map and finding out where you are is usually a good pre-requisite. I held my nerve, walked slowly from the Start, looked at the map, and worked out where I was. I seemed to be next to a sand dune. Good, good. Now, if I went over this sand dune, I’d get to a flattish bit, then there’d be another sand dune. A bit bigger than the first one. Then there’d be a Clearly Visible Path, with a junction, ah yes, it was all fitting into place. Up over this bit, and the control would be just, over, there. Nope, that wasn’t my control. So where was my control? Behind that sand dune? Or maybe next to this sand dune. Or perhaps in this bunker, beside, well, sand dunes certainly seemed to be involved. The wonderful thing about the sand dunes, was there were so many to choose from. Well this was fun. Sixteen Minutes and 39 seconds later, and almost a phenomenal 200 metres from the Start, I found CONTROL ONE.

This was impressive. Even by my own exacting standards I had excelled myself this time. I wasn’t even out of earshot of the Start and could still hear occasional shouts and cheers as competitors launched themselves into the dunes.

I dibbed and dazedly wandered on. A quick calculation that involved multiplying the number of controls by sixteen and a bit minutes made me think that if I didn’t get my act together it’d be dark by the time I finished. The main features seemed to involve dunes; big dunes, small dunes, weird shaped dunes, and pretty dunes. I was becoming weary of dunes. I looked for some nice linear feature that I could handrail along. Nothing but dunes.

But, hang on, there was a nice handrail. I couldn’t be sure, but I think it was called the North Sea. I jogged along the beach for a bit only to be met by a big dug bounding the other way, followed close behind my Mike and Dawn Metcalfe from Durham Fell Runners. Despite realising that I was losing valuable seconds that could make all the difference on the podium between first and last, I stopped for a chat and posed for some photos that demonstrated the remarkable propagation properties of Arctium sp. I mean, your really have got to admire those burdock bad-boys. They’d survive a nuclear blast I’m sure. When they want to get their seed dispersed, they’ll stick to anything. I’m sure there are new plants now growing in my washing machine.

Some time later I crossed the finish line and accepted my printout without a glance. You’d be forgiven for thinking that I was hacked off and demoralised, because that was exactly what I was. Last again. Quite generously last. And I never wanted to see another sand dune in my life.