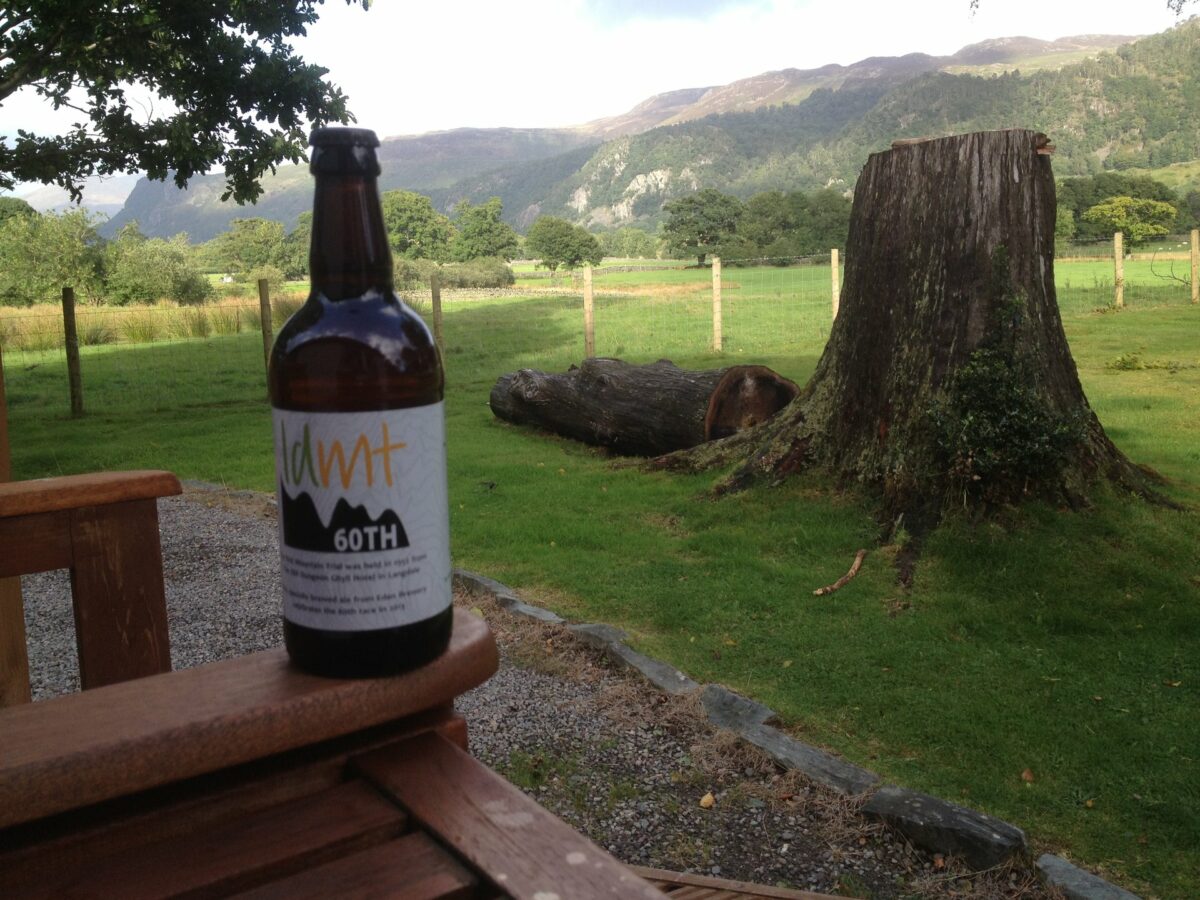 I’m not normally nervous for races. But there are a few that cause me a few flutters. Top of the list is the Lake District Mountain Trial, which I did for the first time last year. The LDMT is an intriguing event. They don’t tell you where the start is until two weeks before the event. And then you don’t know where you’re going until you cross the start line and they hand you a map. Wherever you’re going it’s probably going to involve about 15-20 miles and 8000-10000 feet of climb. Roughly.

Last year I finished. Just inside the checkpoint cutoff times. I’d vowed to be fitter and brighter this year for the 60th running of the event, but I felt neither fit, nor bright. Or confident. And the weather was foul. Last night it was lovely, but this morning it was manky.

Roberta dropped me off at the start and I went to registration. Kit Check, which was thorough, had been moved indoors, seeing as how it was tipping down outside. My bum bag and rucksack were pretty light, mainly because I had all my wet weather gear on. The rain looked as if it was in no mood to stop anytime soon. My number was ticked, and I got registered. I collected my dibber, which they prefer to attach to your wrist themselves, and I pinned my number to my vest. I checked and rechecked my kit and waited. My Start Time was 0853. Then an announcement was made that the Start would be deferred for 30 minutes. Great. Another 30 minutes to be nervous.

I wandered around and bumped into the runner who was in front of me at last week’s Grisedale Horseshoe. He was doing the medium course, as he felt the long ‘classic’ course was too much. This wasn’t helping my confidence, although we would in fact be running on shortened courses due to the weather. So the Classic dropped from 18 miles and 9500 feet of climb to 14 miles and 4800 feet off climb. Sounds quite easy when put like that. I went back into the youth hostel and sat in the dining room. Andy Blacket and Duncan Archer from DFR showed up and I chatted to them for a bit, but mostly I just sat, nervously, waiting for my start.

Just after 9AM a lady walked into the room. She spread her hands and without preamble announced, “It’s off, it’s off. Spread the message.”. And that was it.

This was a whole new experience for me. Not only was I nervous, I was also ready to go. Kit checked, dibber on, number on, mentally and psychologically ready to. I looked around the room and most people were pretty subdued. A bit of nervous laughter and relief here and there, but I think most of us were mentally ready for whatever was out there. I was still feeling nervy, even though the race was cancelled. Very strange sensation.

You can read the organisers’ explanation for the last minute cancellation on the LDMT website. They really had a thankless task and that must have been a tough decision to make, but I don’t think they had any choice. I’m massively disappointed not to have competed but it’s clear that the decision to cancel was the right one. I still haven’t opened the special edition bottle of beer brewed for this year. It just doesn’t seem right. It’s such a shame that the 60th anniversary of this great event should end like this, but that’s racing.