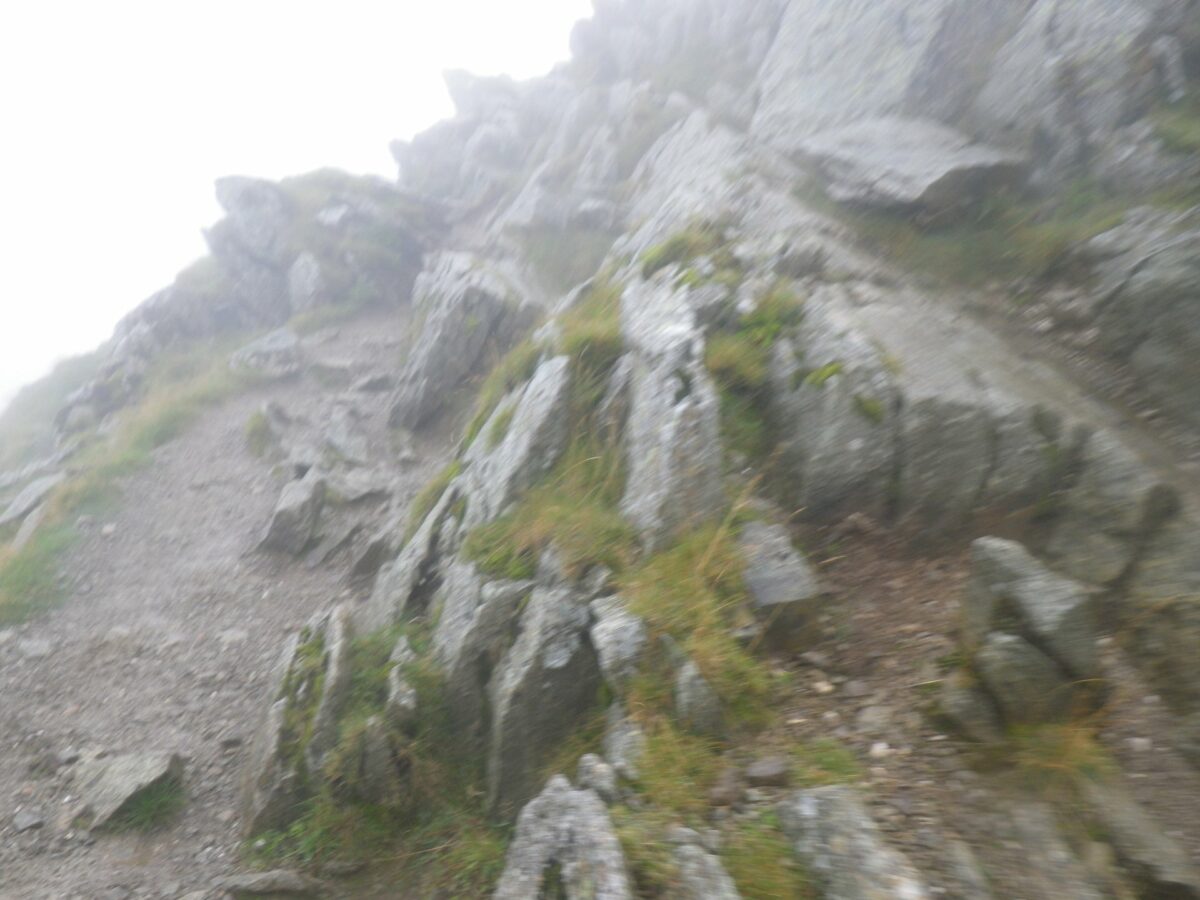 You think you know a race, but you don’t.

“we’ll be seeing a lot of each other, then”, said the sweeper.
“we’ll see”, I replied, sounding more smug than I intended.

I’d started badly. Arriving late, leaving kit in the car, running back to the car to get kit, running back to kit-check and registration and not much time to spare. Sitting in the car with 10 minutes to go I noticed that in my kit-check confusion I’d managed to pick up someone else’s maps as well as my own. Didn’t think much of his planned descent of St Sunday mind. I’d better find this runner. He’s probably looking for these maps. With 1 minute to go at the start I tried to find someone to make an announcement about the maps. Oh sod this. I jumped up on the steps and bellowed to the assembled and slightly startled runners that I had someone’s maps. I waved them around a bit, as you do, just to make the point. A runner stepped forward, I handed them over and my conscience became a little clearer.

Almost immediately afterwards we were running up the lane with me still trying to fasten up my overfull bumbag and sort out my straps and stuff. It was when I stopped to tie my laces that the sweeper made his introductions. This would be my fifth running of this race and I’d never known it to have a sweeper and I was perfectly confident on getting round comfortably within cut-offs without the need of a sweeper looking after me thank you very much. I was 20 minutes inside the cut-off time for the Grisedale Tarn checkpoint last year. For me, that’s an eternity.

Up the familiar Mires Beck and pretty much at the back of the field. The sweeper had fallen back and was running with a big bloke with a headband. I wouldn’t be seeing them again. Over the top of the beck and the challenge of the adventure ahead became apparent. Visibility faded as I climbed to the first checkpoint at the summit of Catstye Cam, reaching it in 65 minutes – same as last year, and there were now three runners behind me. Could be worse.

Turning to tackle Swirral Edge the wind whacked me in the back. There was a vest ahead – one I recognised from last year, and I was scrambling over rock after glassy rock trying to keep him in sight. The path along here is indistinct at the best of times and I’m pretty sure that I didn’t recognise the pointy rocks I was sliding over from previous years. Up onto Helvellyn ridge and a scary wind now slammed into my face. I’d been running comfortably hot but now the sweat chilled rapidly on my forehead and I felt suddenly chilled and alarmed. I ducked into the shelter and huddled up with about a dozen rucksacks (it was a busy day on Helvellyn) and put on my hat.

Immediately feeling better I put on a burst and headed south. Along the path to the fork where one way goes to Wythburn, and the other onto Dollywaggon Pike. Or did it? Perhaps this was the fork where left takes you unnecessarily up Dollywaggon Pike rather than around the shoulder. Even as I veered right I knew it had to be wrong. Four times I’d done this race but today I was running it like a fool. In a bizarre mindset of denial I continued veering right and down until I had to accept the obvious – I was going the wrong way. I cut left and angled back over to the proper path. Finally around the corner and time to pick a line for the descent to the checkpoint at Grisedale Tarn.

And what a line I picked. A messy indecisive muddle that was neither path or fell. It wasn’t clean and it wasn’t efficient. I hit the checkpoint with just four minutes to spare before being timed out. A familiar figure emerged smiling from the gloom and I recognised the sweeper (Dave) and his dog (Todd). So I’d got myself behind the sweeper. And I was now last. Oh well, I do have form. Ahead I could see the big guy with the headband who I would find out was Steve. I caught him as he stood looking puzzled and surveying the paths through the mist. We didn’t seem to be gaining height. Last year I’d stayed too low too long and I felt strongly we should now be climbing to pick up the path along the ridge. Steve was looking dubious but bowed to my four years experience and with a shrug he followed me as we cut right and headed very up. I wasn’t wrong; we did pick up the path along the ridge, but this year, I was too early and too high. So we now wasted time and energy descending a little as we headed towards St Sunday Crag. Feeling a bit of a twit I apologised to Steve for the duff route choice. Steve was philosophical and told me not to worry about it. Then Dave and Todd caught us up and we pretty much all agreed with my assessment that I had, indeed, been a bit rubbish.

The back-of-the-pack now comprised 4, plus one sweeper and his dog, and we checked through the St Sunday Crag checkpoint. It’s not good for the ego when the marshalls pick up their gear and follow you as you’ve checked in as the final runners. But who can blame them. The weather was rough, and another squally rainstorm had just started. We hit the scree descent and Todd, a rescue dog from sheepdog descent, would run ahead, then stop and stare at us intently as we slid inelegantly down the fell. Quite funny but ever so slightly touching too. Dave the sweeper was certainly doing the shepherding job of sweeping seriously, probably running an extra couple of miles simply running back and forward amongst the back-markers checking we were all ok. I was listening to him intently now, and followed his descent tips of St Sunday to the letter. I dug my Walshes into the final climb up Grisedale Brow and they didn’t let me down, but the best shoes in the world aren’t much use if there’s no power in the legs. Over the top and the final checkpoint and I followed Dave’s tip for finding the best final descent back down Mires Beck. It was gold, and for the first time of the race I felt settled and comfortable.

I crossed the line to find Roberta waiting patiently for me. She’d done a low level walk but looked just as wet as I did, having loyally hung around at the bottom of the St Sunday for as long as she could before deciding I was obviously going to be out for a while. Finishing pretty much where I started, third from last, I waited for the other runners to get home. Steve arrived next, glad to be back on his long recovery from injury. Not just any old injury, but a snapped ankle in the Three Shires several years ago. His blog makes inspiring reading about what’s possible if you’re determined enough. Next week he runs the Three Shires race again, his 50th race since the accident.

With all the back-markers home and handshakes all-round and congratulations from the sweeper we headed back to the car park. I spotted the runner I’d been chasing and we had a chat. Then a bit of a site down and quiet reflection on my experience of this fiendish fell race, and how, five years on, and over 30 minutes slower than last year, I ran it like a novice.